The advantage of multitasking… 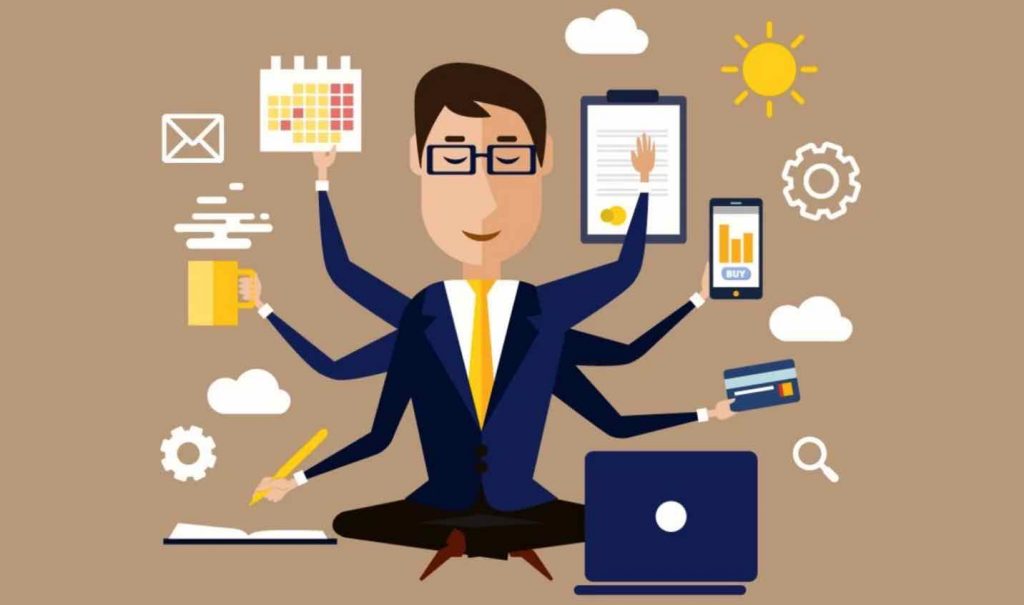 Do you think you can do several things at once and still be efficient? Sorry, you cannot, but believing you can might still be a good thing…

Christmas is around the corner and to many, this means a hectic time with a lot of work. Much needs to be sorted before the holidays and this increases our stress. This is when we tend to try to solve the problem by doing many things at once in the belief that this will speed up the work.

Unfortunately, throughout the years many studies have shown that this has a detrimental effect on how efficient you actually are. No matter how hard you try, your brain can only focus on one thing at a time, at least if you are dealing with things that are a little more complex and you would like to do them well. (You might perhaps be able to brush your teeth while listening to the news at the same time, but then you do increase the risk of spilling toothpaste on your new shirt…)

The researchers let 162 participants watch an educational video from Animal Planet. All of the subjects were told that they should pay close attention and learn as much as possible, as well as take notes. Half of the participants were introduced to the exercise in such a way that they perceived they would be performing one task (take notes on what was being said in the video), whereas the other half were led to believe they would be performing two different tasks (listen to what was said in the video and take notes). So the two groups were performing exactly the same tasks, the only difference being how many things they thought they were doing…

The scientists then studied the notes from both groups and also tested them on how much they had understood. The results were surprising:

The scientists conducted another 30 similar experiments and the results were the same every time: the groups who thought they were multitasking performed better.

Puzzling, is it not? The researchers thought so too and in an attempt to find out why this was the case, they equipped the participants with eye-tracking technology. Now they could see that the groups who thought they were multitasking showed faster eye movements and greater pupil dilation. The researchers interpreted this as these subjects putting more effort into the tasks and therefore performing better.

The researchers cannot give a definite explanation to this phenomenon. All we can do is speculate… Is it that we think it is “admirable” and “desirable” to be able to multitask? Something which may give us higher status? And that we therefore put in more effort when we think we are multitasking? Despite knowing that multitasking is really a rather obvious recipe for wasting time and undermining our efficiency?

You can at least learn two things from this research:

• If you think you can multitask, you are right, but only on the condition that you actually do not do it!
• In all other cases of multitasking, it will only cause you problems.

The best way to be efficient is, and always will be, to do one thing at a time.

But then again, I think you knew that already…?